The Honourable Judith Guichon, O.B.C., Lieutenant Governor of British Columbia was invited by the Ross Bay Villa Society to officially open Ross Bay Villa 14 years after it was saved from demolition and after 13 years of restoration work by the volunteers of the Society.

The celebration was held on a sunny Saturday August 4, 2013, with an enthusiastic crowd in attendance.

Her Honour was escorted on a private tour prior to the ribbon cutting.  She made a very gracious speech, mentioning her personal experiences with the importance of preserving British Columbia’s heritage, and then she – with Simone Vogel-Horridge, the Ross Bay Villa Society president – cut the red ribbon between the two posts of the front porch of Ross Bay Villa, and declared the house officially “Open”. 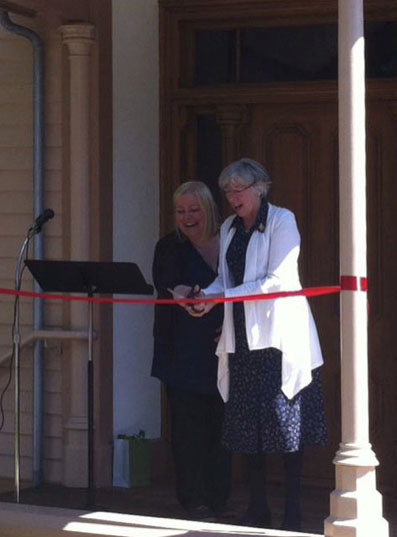