Between 2000 and 2014, there was a great deal of quality restoration work accomplished by volunteers at Ross Bay Villa.

Here are a few “Before and After” examples : 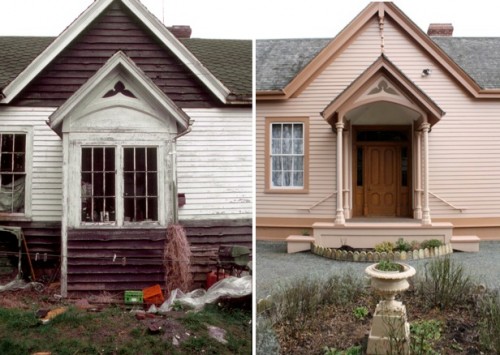 Left: The front porch as found in 1999. The porch was reopened, new turned pillars made; new steps built on each side according to old photographs; and finials replaced on the roof.
Right: The porch in 2014, with the circular flowerbed reinstated. 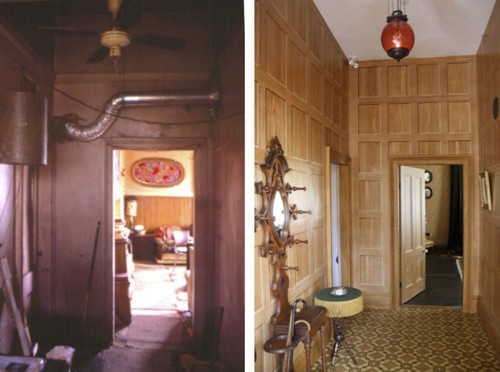 Left: The front hall as seen in 1999. Lowered ceilings and ceiling fans were removed; ductwork was removed and walls replaced; plaster repaired.
Right: The hallway in 2014. A reproduction 1860’s lamp has been installed; wood-grained wallpaper has been reproduced by hand; a reproduction oil-cloth for the floor has been recreated by hand to an old design. 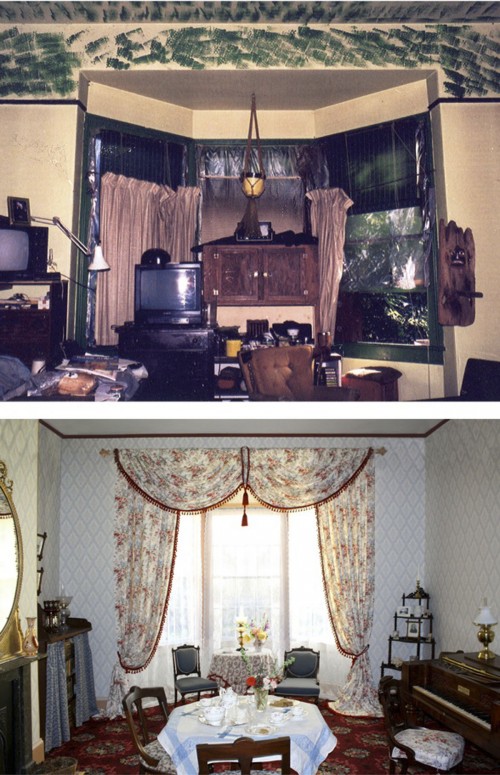 Top: The Drawing Room in 1999.
Bottom: The Drawing Room in 2013. The wallpaper has been reproduced; curtains are hanging where they were in 1865, and the carpet is a reproduction Brussels-weave from the period. Furnishings are based on the 1879 Auction List for Ross Bay Villa.

Top: The Dining Room c2002 after cleaning and restoration work begins. A door (at right) had been cut through to the former Master Bedroom when it was turned into a kitchen c1912.
Bottom: The Dining Room in 2014. Returned to its original configuration with the newer door closed off; the original wallpaper replicated and rehung; and appropriate 1860’s furniture and artifacts fitted. 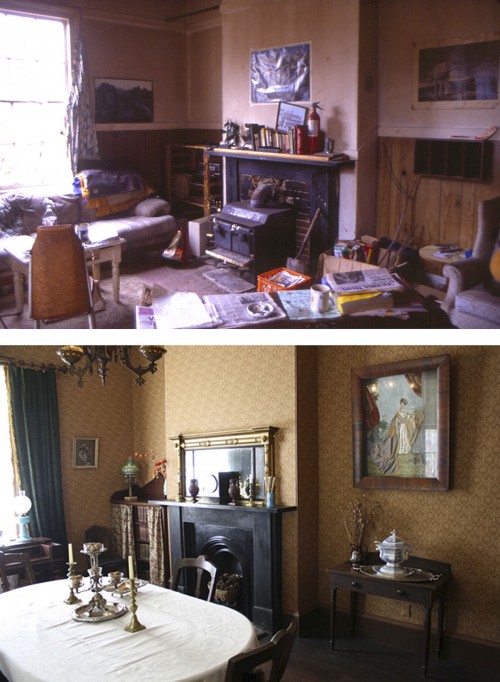 Top: The Dining Room in 1999. A wood stove had been fitted in to the firebox.
Bottom: An antique cast-iron fire surround was installed from the same foundry that originally made the Drawing Room fire surround. Walls were repaired; original wallpaper reproduced; and volunteers sourced the many artifact furnishings in the room.

Top: The east wall of the house had been altered c1912, with windows changed and a new back porch added. The porch was removed and the windows restored where they had originally been. Garbage and several old cars were removed from the property.
Bottom: Broken windows were repaired with old, wavy glass, and linseed-oil putty was used for glazing. The rear shed – seen at back right – was rebuilt accommodating storage and a visitor washroom, and a vegetable garden was planted with old varieties of vegetables. 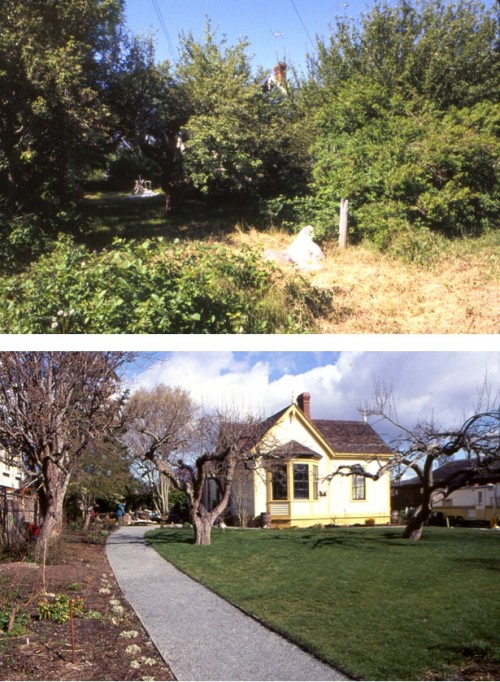