Margaret Roscoe was only one of the several capable and talented members of the Roscoe family.

Margaret Roscoe was an accomplished botanical artist. She illustrated the book “Monandrian Plants of the Order Scitamae” (1824-1829) written by her father-in-law William Roscoe.

She continued with her own major work, the book “Floral Illustrations of the Seasons” (1829), which was engraved by master acquatintist Robert Havell. Margaret explained her premise behind the book:

“There is no pursuit which fills the mind with more noble and exalted sentiments than the study of these works of Nature. To her own sex, to whose particular notice she offers it, she trusts it may prove a useful and correct guide to their tastes, both in their selection for a flower garden, and as objects for their pencil.”

The book contains 55 full-page illustrations, some hand coloured, and some partially printed in colour. The book itself “Consisting of The Most Beautiful, Hardy and Rare Herbaceous Plants, Cultivated in the Flower Garden” and the coloured plates are all extremely collectable.

It is interesting to note that she has included two flowers – the Broad leafed Penstemon; and the California Poppy – both from the west coast of North America. These examples would have been among the earliest flowers collected on the west coast to be grown in English gardens. 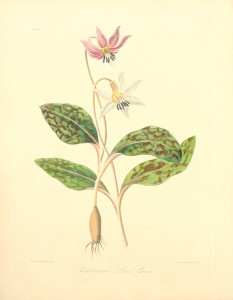 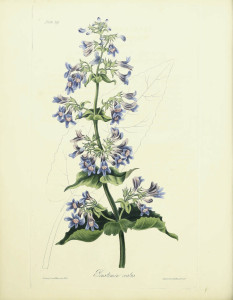 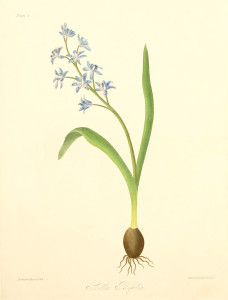 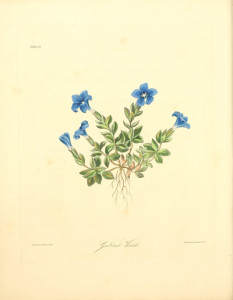 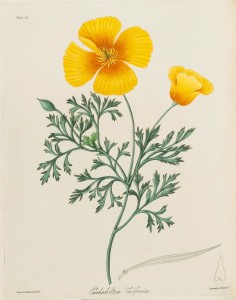 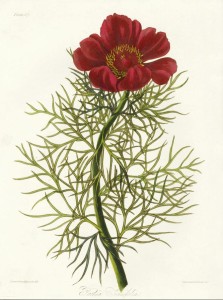