Society out to save Ross Bay Villa 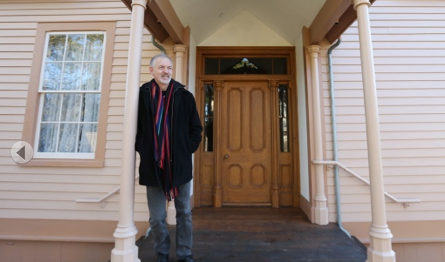 Supporters of Ross Bay Villa are mounting a fundraising campaign to pay off the historic building’s mortgage and take ownership of the restored Victoria property.

The society is also aiming to raise another $70,000 to create an endowment fund.

Ross Bay Villa is at a “critical point,” the society said.

The villa is owned by the financially troubled TLC, which is in court-ordered protection from creditors and working on a process to divest properties.

John Shields, TLC director of operations, confirmed that the plan is to transfer the villa’s ownership to the society once the mortgage is paid off.

The society wants to take ownership as soon as possible to ensure the villa is protected, given the TLC’s situation, Stark said.

Also, next year marks the 150th anniversary of the home at 1490 Fairfield Rd. The society would like to celebrate that anniversary as its owner. “It is one of the few tangible links of B.C.’s entry into Confederation,” Stark said.

Francis James Roscoe, his wife, Anna, and their children lived in the house. Roscoe was a member of Parliament for Victoria from 1874 to 1878.

Before being elected, he advocated for B.C. to join Confederation, which happened in 1871. Once in office, Roscoe fought to ensure that the terms of Confederation were fulfilled.

The villa is a rare example of an 1860s house in Victoria. It is cared for by the society, which runs tours, special events and a gift shop. It is open most Saturdays at 2 p.m. for tours with an admission of $5.

“It is absolutely remarkable. The restoration by volunteers is unmatched in B.C.,” Stark said.

Over the years, $550,000 in grants from government and individual and business donations have come in for the villa, Stark said.

It has been a labour of love for volunteers. In the past 14 years, they have put in 70,000 hours of painstaking work. Stark said those efforts are worth more than $1.2 million.

The entrance, drawing room and dining room have been restored. Two rooms are rented out to heritage organizations. One agency is relocating to another site, which will free up the master bedroom for future restoration.

Donated work included removing each of the seven layers of wallpaper from the drawing room. Every hole where a picture was hung was recorded. This pointed to the original holes, where artwork is hanging again.

Volunteers also copied the wallpaper design, which was reproduced in England. The design in the oil cloth flooring in the entrance way was meticulously hand painted, screened and then stenciled, Stark said.

To donate, contact the board via email at info@rossbayvilla.org